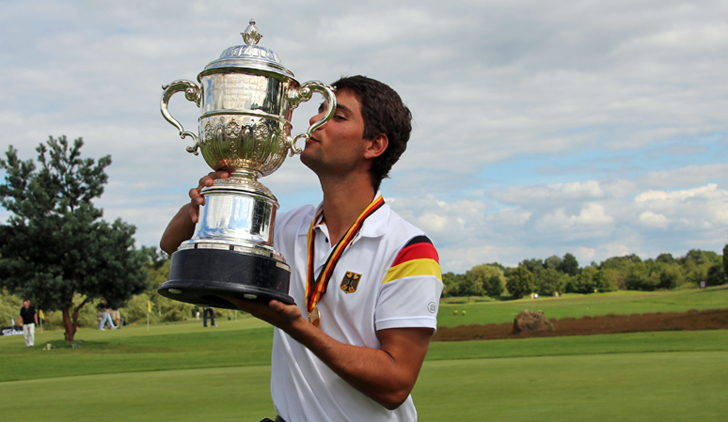 Moritz Lampert steamrolled a top field at the German International Amateur, held at the Green Eagle Golf Club, one of Europe’s most difficult tests. The weather in Europe has not been friendly to golfers this summer and with strong winds and rain, Moritz showed his class and shot 69,69,73,71 on the par 73 for an 11 shot victory over the Netherland’s Maarten Bosch. Third place went to Germany’s Max Röhrig, Alex Matlari, Marcel Schneider and France’s Gregoire Schoeb. Lampert who is headed to the European Tour School in the fall, won for the second straight week. Last week, he shot -15 under to win his first professional event on the EPD Tour held at Bald Waldsee. Europe’s Number 1, Daan Huizing had to pull out at the last minute. Lampert is on a mission to overtake Huizing before he turns professional.

In Sweden, the host nation won the Boys Team Championship in fine style winning the Stroke Play Qualifier and then beating Italy in the Final. Germany, coached by Uli Eckhardt, beat a top English Team for 3rd place. Top spot in the individual portion of the qualifying went to Sweden’s Victor Tärnström. On a side note, Germany’s 14 year old Dominic Foos has yet to be beaten in a Match Play event this year.

Last but not least, Germany’s and Mannheim-Viernheim’s Niklas Koerner won the Luxwembourg Amateur. In Ireland, Rory McNamara came back to defeat Knock’s Michael Sinclair to win the North of Ireland Championship.