Fairhaven Trophies Right Around the Corner! 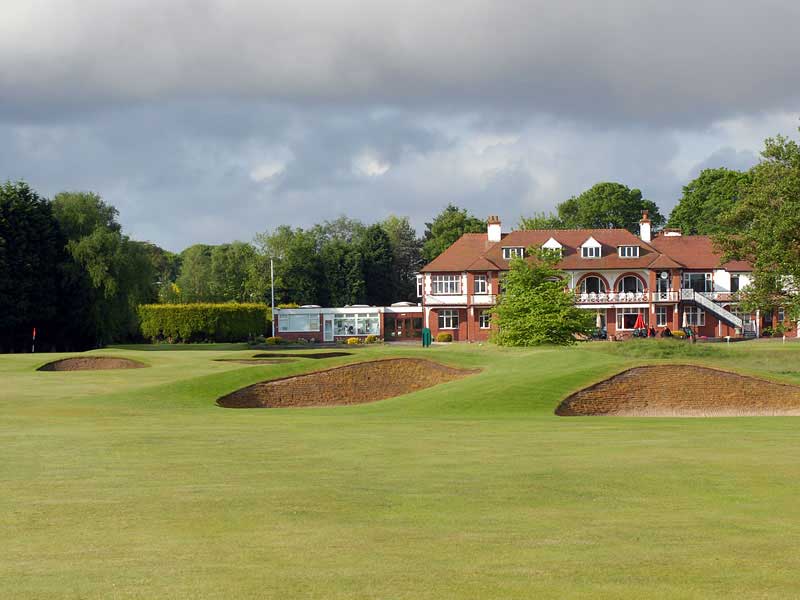 The annual Fairhaven Trophies and Fairhaven Nations Cup, a 72-hole Open International Scratch Championship, for boys and girls aged 18 or under, to be held at Fairhaven Golf Club from 1st May to 3rd May 2015, has attracted its strongest field ever.

The championship, in its 9th year, is now an established fixture throughout the UK and Europe. This year will again see the top players from the four home nations of England, Ireland, Scotland and Wales, competing against some of the best players from other European Nations, which includes Finland, France, Germany, Holland, Sweden, Switzerland and as far away as Australia. The championship is one of the most internationally represented events for juniors in the country.

The girls’ entries are equally strong, with many of them featuring highly in both National and European rankings, and includes Irish Girl Champion – Annabel Wilson.

With a host of international players and teams, this elite field of juniors is certain to produce some exciting golf. There is no doubt a future star of the golf world will be testing their skills over this great championship course.

“The championship moves from strength to strength. We are particularly delighted to have all four home nations entering teams into the Nations Cup, which will provide some exciting golf as they compete for the Nations Cup against equally strong players from France, Finland, Germany, Holland, Sweden, Switzerland.
The championship offers an excellent opportunity for players to gain top class competitive experience, as well as developing their course management skills.
The ‘Fairhaven’, as it has become known, is one of the strongest and most internationally represented junior championships in Europe, being included in boys and girls national order of merits, the European and World Amateur Golf Rankings.
Fairhaven is proud to be at the forefront supporting junior golf and we hope this championship inspires and encourages juniors both locally and nationwide to take up this great game.
He further commented “With the championship being played on the same date and in the same format as the Lytham Trophy, at neighbouring Royal Lytham & St Annes GC, it creates a festival of world class amateur golf in Lytham St Annes, giving competitors, spectators, selectors and national team managers the opportunity to see the elite of international amateur golf in one town over the same weekend.
It has been extremely pleasing in recent years to see juniors who had competed at Fairhaven the previous year going on to challenge for, and on occasion win, the Lytham Trophy, as did Albert Eckhardt (Finland) in 2013, which Bradley Neil nearly repeated in 2014. “

The two championships must be the biggest gathering of top amateur golfers in the same location and time, certainly in the UK and Europe, which is something the town of Lytham St Annes should be extremely proud of – it has to be unique”

Past notable players
· Tom Lewis, second in the 2008 competition, played a central role in the first two rounds of the Open Championship in 2011 as an amateur, holding the joint first round lead after a fantastic round of 65 when playing with Tom Watson. He subsequently turned professional and won his 3rd Tournament, the Portuguese Open.
· Rhys Pugh, winner in 2010, played a pivotal role in the Walker Cup in 2011, being MVP at the age of 17. He also performed well in the 2012 Wales Open when competing as an amateur.
· Jack McDonald, set the new course record in 2010 (68) and has now made good progress playing in the Scottish Open and the Johnny Walker in 2012 as an amateur, and losing semi-finalist in 2012 British Amateur Championship. In 2012 he was the highest ranking Scottish golfer in the WAGR rankings.
· Alexandra Peters won the first two Girls Trophies and the 2012 English Womens Open Amateur Strokeplay Champion. She is mow a professional on the Ladies Tour.
· Amber Ratcliffe, winner of the Girls Trophy in 2010, is now a Professional on the Ladies Tour, having previously in the England womens team who won the 2012 Home Internationals.
· Emily Taylor, winner in 2011 setting a new course record, also won the English Girls Close Amateur Championship in 2012. She is now a professional on the Ladies Tour.
· Patrick Kelly, 2012 winner, also won the British Boys Championship in the same year.
· Bradley Neill, runner up in 2013 after losing a play-off to Marco Penge, but went on to enjoy many other successes, the highlight of which was winning the 2014 British Amateur championship.
· Albert Eckhardt, following appearances in 2011 and 2012 went on to win the Lytham Trophy in 2013, becoming the first player from Finland to do so.
· Tyrrell Hatton, Captained the England Team who the 2009 Nations Cup and now an established player on the European Tour
· Matthew Fitzpatrick, former world number one amateur and US amateur champion. Now a professional on the European Tour
· Garrick Porteous, one of the founding players when he challenged for the championship in 2007 and 2009, before going on to win the 2013 British Amateur champion. Now a professional n the European Tour